Sunday 6th June 2021
Ghulam Bhauddin Jailani State Minister for Disaster Management & Humanitarian Affairs met and discussed a range of topics with Mr. Paul Heslop UNMAS Country Director.
State Minister for Disaster Management described role of UNMAS in clearing contaminated areas with mines and explosive ordinance as crucial and highlighted the MAPA as a priority of the Government of Afghanistan.
In addition, Mr. Jailani expressed his concern regarding the increased civilian casualties especially children by IED and emphasized on decreasing the aforementioned casualties through partnership for clearing contaminated areas of the country from mines and different explosive devices.
Meanwhile Mr. Paul Heslop UNMAS Country Director for Afghanistan spoke about the importance of mine action and described the Local Mine Action Group Meeting which was held on Thursday 3rd June 2021 satisfactory and further added: negotiations are in progress with donors for attracting more funding for MAPA.
Mr. Paul Heslop added next year UNMAS would try to direct more funding for MAPA through Ministry of Finance.
UNMAS Country Director added there is a plan of survey of the whole country so we have a clear picture of mine fields in case of full withdrawal of coalition forces from the country. He also linked development with mine clearance, mentioning some examples from around the country and said national capacity building is a priority of UNMAS in Afghanistan.
At end, Sate Minister for Disaster Management beside complementing the commitment of UNMAS added “Afghanistan still needs the support of International Community and we would request their increased support in different areas” 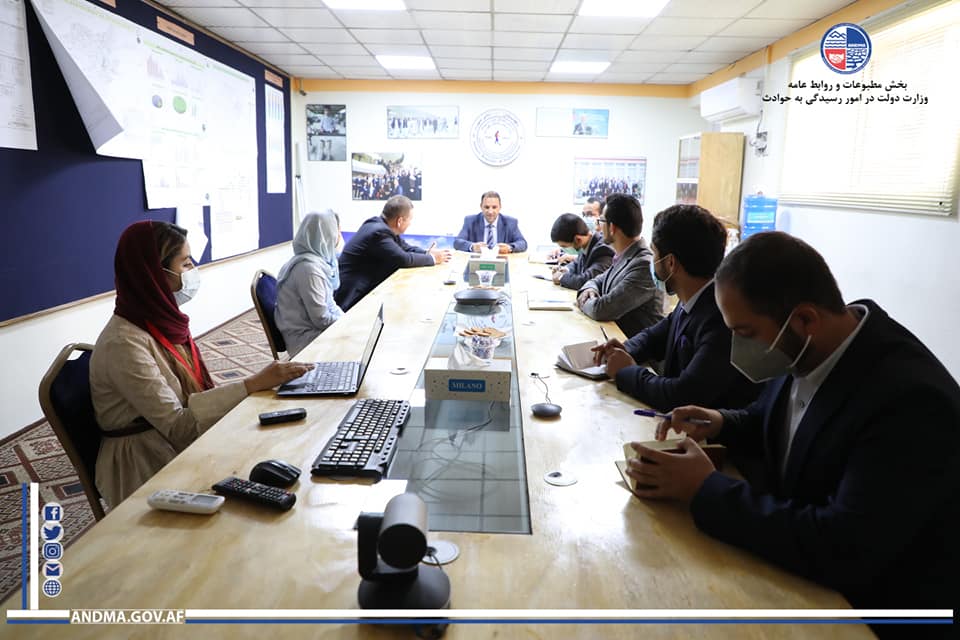 The Department of Preparations against the incidents of Maidan Wardak province, once again, to different districts that have been displaced by families from war and insecurity, has been. . .

In Kunar province, non-food aid was done to 68 affected families.

- Changha 16th-1400
The preparatory department against the incidents of Kunar province, by Ghaziabad and Asmar districts to those 43 families who were affected by war and insecurity.. . .

Read more about In Kunar province, non-food aid was done to 68 affected families.

Read more about Meeting with UNMAS Country Director for Afghanistan